Maps for Saving
the Planet

This site is the online companion to volume 3 of GIS for Science: Maps for Saving the Planet, as well as to both volumes 1 and 2 of GIS for Science: Applying Mapping and Spatial Analytics. It contains online resources that complement the case studies featured in the books, and also the Technology Showcase vignettes in each appendix.

At a time when so much is on the line for this kind of mapping, leading to science-informed decision-making about the forces affecting life on Earth, GIS for Science: Vol. 3, pivots even more sharply than the prior two volumes to a focus on biodiversity. It consists of real-world examples of scientists literally creating the maps that are saving the planet, showing biodiversity through the lens of global satellite observation, forestry, marine policy, artificial intelligence, and of course conservation biology and environmental education.

The stories in this book series are written for professional scientists, the swelling ranks of citizen or resident scientists, and anyone interested in science, geography, and the conservation of nature. The contributors represent a cross section of scientists who employ data gathered from satellites, aircraft, ships, drones, and myriad other remote-sensing technologies. Scientists are documenting an array of geographically oriented issues ranging from climate change, natural disasters, and loss of biodiversity to political strife, disease outbreaks, and resource shortages. The data and resources on this site present GIS ideas and inspiration that users can apply across many disciplines, so that you too can join in the effort to save planet Earth before it’s too late. 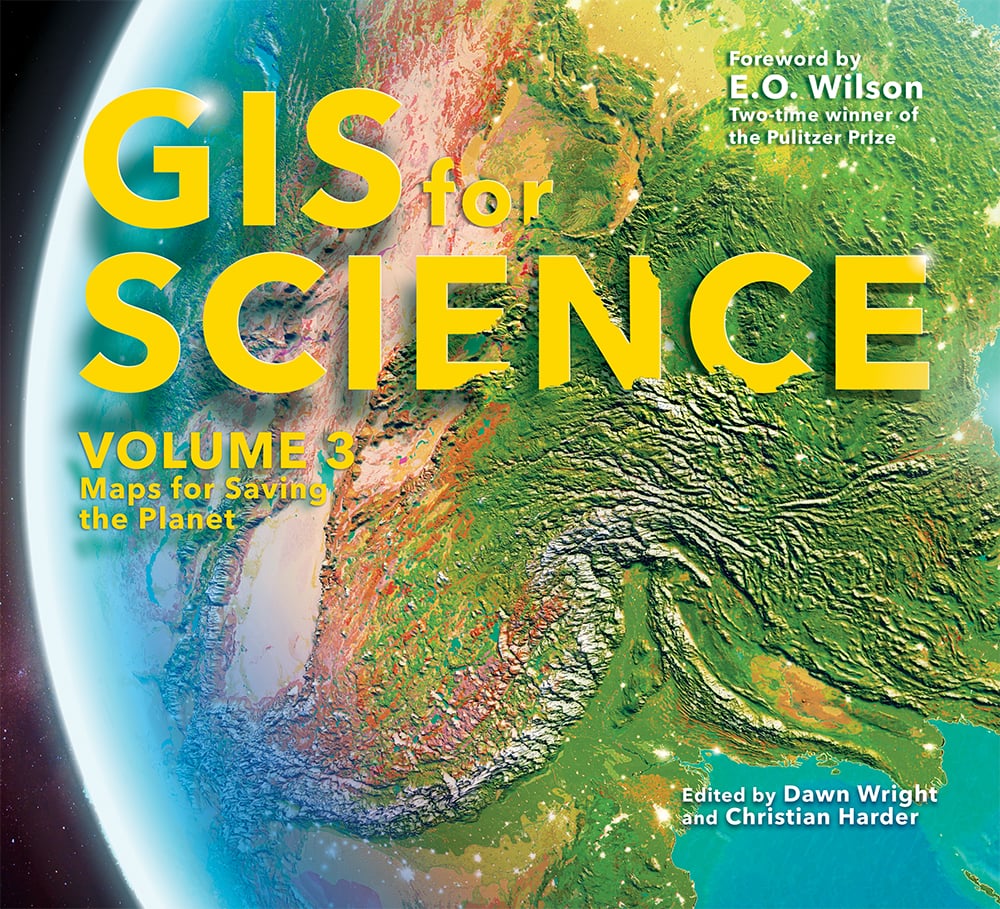 From Plots to Pixels

Blueprint for a Better Future

The Science of Ocean Acoustics

GIScience Response to the COVID-19 Outbreak

The Geography of Islands

The Geography of Ocean Plastics

Exploring Beneath the Basemap

How to Feed the World

Monitoring Air Quality in the US

Drones and GeoAI for Environmental Monitoring

The Anatomy of Supervolcanoes

A Glacier in Retreat